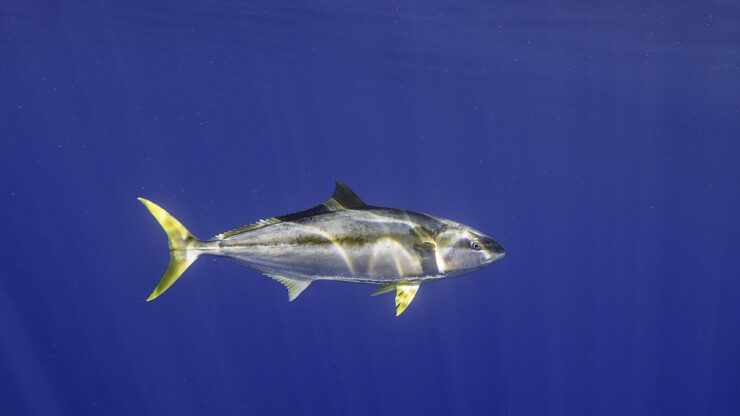 The proud angler of this magnificent fish is William “Billy” Dean. The yellowfin hit a trolled Yo-Zuri rigged with #9 piano wire. The tackle was of normal size for this fishery. They loaded 50 lb test mono onto Shimano 30’s and employed Penn stand up gear for the rods. The location of catch was the extreme northwestern corner of the hole approx. 25 miles south of Fourchon.

“Taeger, the gaff man, is no stranger to large fish as he was on the leader of the largest marlin I ever released (approx 700 lbs to 800 lbs)” said Curtis Gisclair, owner of Faircatch Charters in Galliano. However, upon getting this fish into gaff range, Taeger stated that his nerves were on edge as he knew it was a large tuna with potential record implications. I wish I were there – just to watch – as Taeger is the best gaffer I have ever had the pleasure to have as a mate.

Once gaffed and boated, the crew continued to fish for a while then decided to make the short run back to Fourchon. Once weighed the scales tipped to a new (if approved)state-record and Gulf record Yellowfin tuna of 232-pound, 4-ounce. Again Congrats to all involved in this Yellowfin Record. 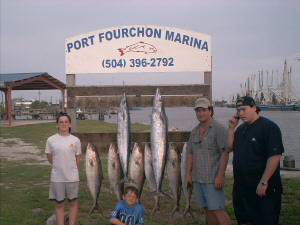 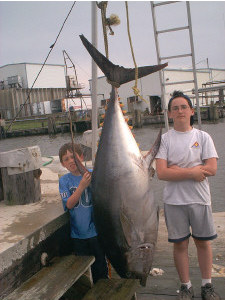 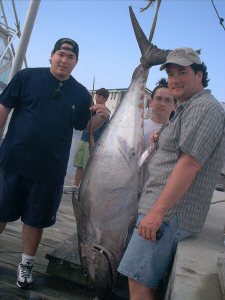