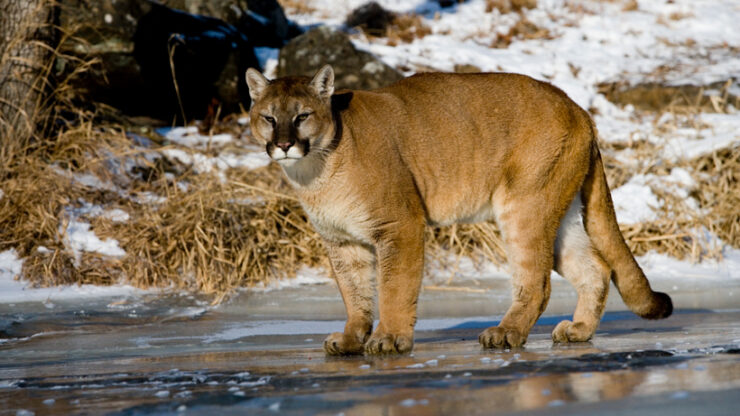 Paul Harbour of Clay City went deer hunting with a bow (2009) and got more than he bargined for. He spotted a cougar making its way past his deer stand. Paul had the presense of mind to pull out his cell phone and take a few pictures of the cougar as it walk by.

Paul then tried to shot it with his bow but luckily he missed. It is illegal to shoot a cougar in Indiana… they are a protected species.

There is speculation that this cougar might be an escaped cougar from the Exotic Feline Rescue Center which lost one of its female cougars in 2007.