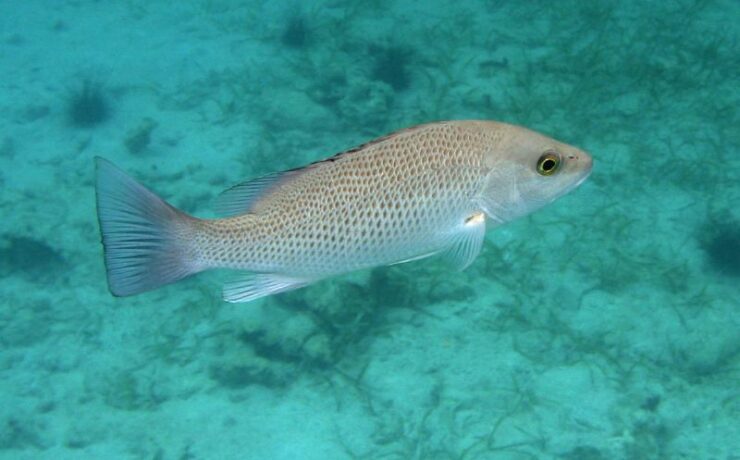 This is a juvenile Mangrove Snapper.

Mangrove Snapper (Lutjanus griseus) also known as gray snapper, is an important fish both commercially and recreationally. Mangrove snapper reach sizes up to 17 pounds max., frequently up to 12 pounds and more commonly caught at 2 pounds.

Mangrove Snapper range from as far North as Massachusetts, South to Brazil, including the Gulf of Mexico.

Unlike most snappers the mangrove snapper often are found in the upper water column. A great sportfish mangrove snapper are among the most difficult snapper to catch. They can be quite line shy.