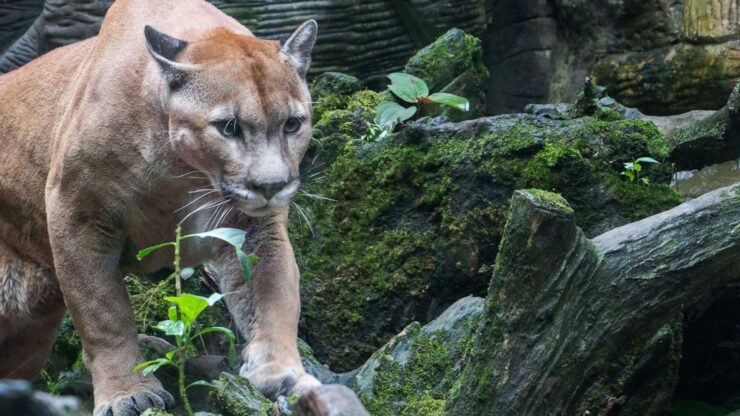 The push East continues. On October 29, 2005, Ron Mills, the manager of Black Mesa State Park, encountered two mountain lions traveling together in the park. They were apparently stalking several deer that were bedded near the residence. The larger cat went into the brush before Mr. Mills was able to get a photo, but he was able to get a good photograph of the second smaller cat as it walked away (see below). He later confirmed tracks made by the larger animal. Ron has been the park’s manager since 2003. 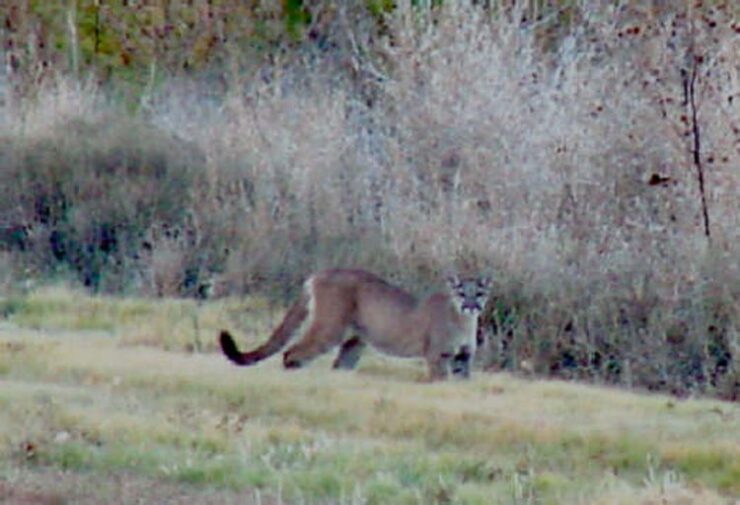