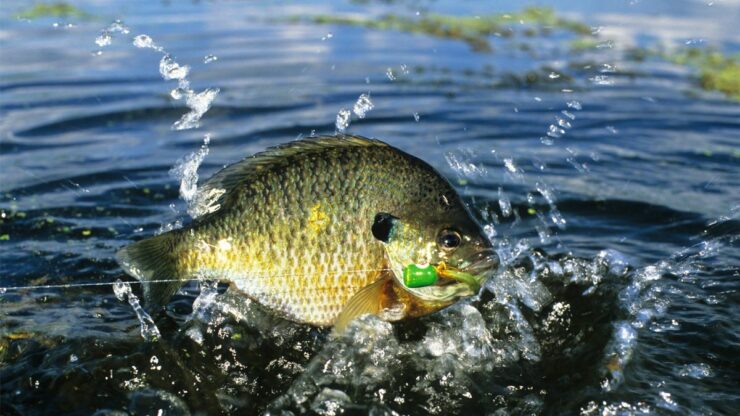 Bluegill (Lepomis macrochirus) are also know as bream, brim, or sunfish. Bluegill Range from the Rio Grand to Minnesota to Florida and everywhere inbetween. Bluegill can be identified by the blue gillflap. Bluegill grow to a maximum size of nearly 5 pounds. Bluegills prefer pools in streams, lakes, and ponds.

Bluegill are one of the most sought after gamefish in the U.S.A.! Bluegills can be caugth year round in Louisiana but by far the most productive time is in the spring when the first spawns occur. Bluegill are a schooling fish and sometimes you can limit out without lifting the anchor as you catch them on the spawning grounds. Bluegill owe their popularity to the fact that they are common, bite readily, and are easily caught in small ponds by landbound youngsters. Common baits used to catch Bluegill are worms, crickets, artificial flies, and small jigs.