Sacramento pikeminnows once went by the name of Sacramento squawfish but that has been changed as the politically correct crowd revises the world we live in. I will continue to call them sqawfish myself. Sacramento pikeminnow are found in clear low to mid-elevation streams and rivers. They prefer streams with deep pools and slow runs.

Younger fish feed during the day, while adults tend to reside in deeper pools during the day and move into riffles to feed during dawn and dusk. Sacramento Squaw fish… I mean Sacramento pikeminnow’s feed on aquatic insects at first but as they grow they change to feeding on crustaceans and fish.

Spawning begins in April or May in riffles and the tail end of gravely pools. Residents of streams might only move a very short distance to spawn but residents of lakes and large rivers will have to swim up into small tributary streams to spawn. 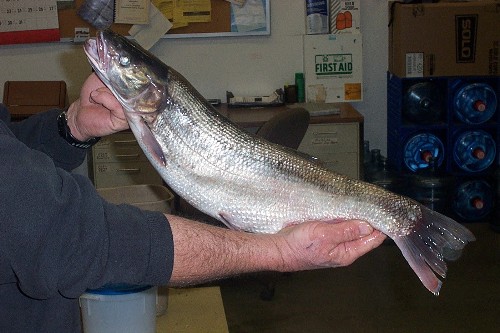