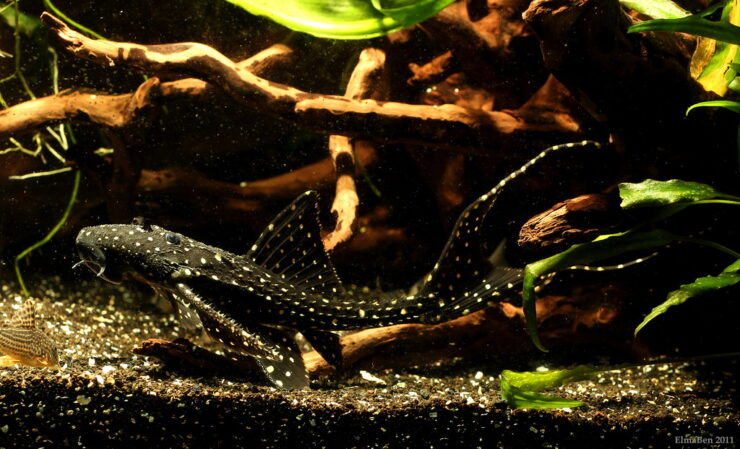 Black Adonis Pleco (Acanthicus hystrix) aka Lyre Tail Pleco is an armored catfish species from Brazil. This Pleco is sometimes bought by aquarium enthusiast but that is usually a mistake. Acanthicus hystrix is best suited for large public aquariums or large private aquariums not small home aquariums of 100 gallons or less. Take one look at the one pictured above and you can easily understand why.

Acanthicus hystrix are omnivorous and are native to South America. DON’T discard your oversized catfish into local waters where they can become an exotic nuisance.