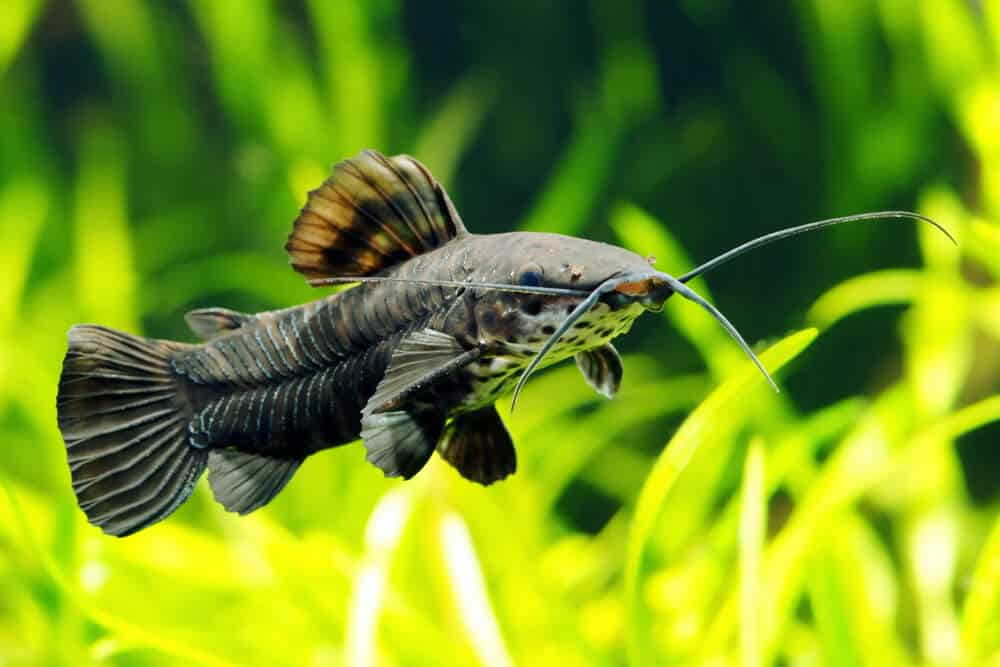 I was/am still slightly reserved about this being the correct species identification. I consulted with the USGS Non-Indigenous Species Program personnel and they came to the Brown Hoplo conclusion that I originally came to. So unless I find something else out I believe it is a Brown Hoplo. If you have any additional information that might be helpful let me know.

Locals of the Carribean and Venezuela area call this fish Cascadura or armoured catfish. Here is a quote from the area about this strange fish. “It is a pre-historic animal known to bury itself in the mud below dried out ponds and river beds where it can hibernate for long periods.”

“They are considered a delicacy and will jump about the pot while being cooked even after being cleaned and gutted!”

and this quote: “Accordind to local folklore, he who has eaten the cascadura will return to Trinidad to die!!!”