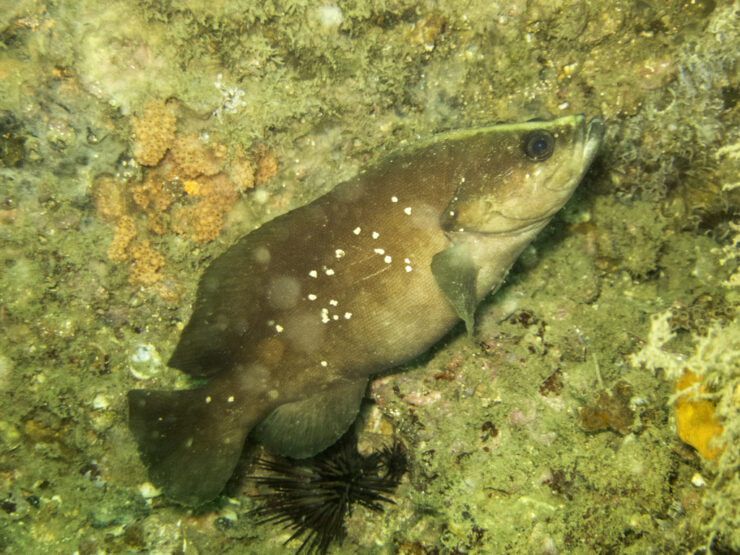 Whitespotted soapfish – Rypticus maculatus occur from the Rhode Island to Mexico in the Gulf of Mexico. Soapfish get their name from their ability when agitated to produce a toxic body mucus that forms a slimy, suds like lather. The toxic mucus serves as a deterrent to predators. Whitespotted soapfishes are small fish unlike their look alike grouper brethren.

The greater soapfish (Rypticus saponaceus), the best known member of the group, is found in the Atlantic from the southern United States and northern South America to West Africa. The species is characterized by three distinct dorsal spines and is sometimes called the three-spined soapfish.

hese fish are protogynous hermaphrodites, with females able to change sex to male. This is not uncommon among the serranids. Rypticus is unique, though, in that a fish has both male and female reproductive tissues which are separate on the cellular level but are wrapped around each other in the gonad.