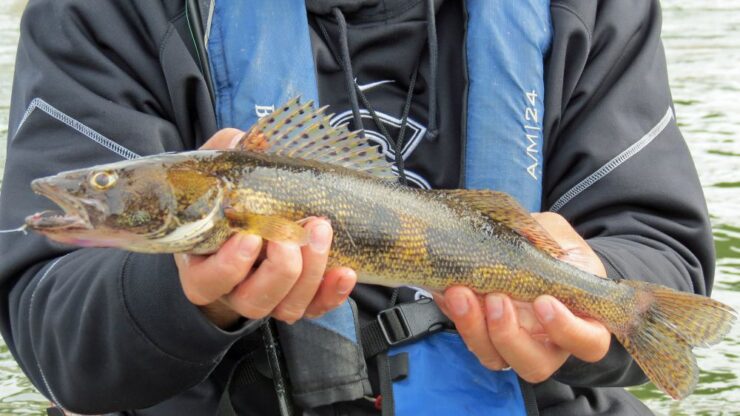 The sauger Sander canadensis is a freshwater fish that close resembles a walleye. They are the most migratory perchlike species in North America. They can be distinguished from walleyes by the distinctly spotted dorsal fin, by the lack of a white splotch on the tail fin and by the rough skin over their gillplate, and just by their more brassy darker colors.

Saugers are a widely distributed. Their historical range consisted of eastern U.S west of the Appalachian Mountains, mostly southern, central, and western U.S up into southern Canada. Sauger distribution and range has decreased from historical ranges. Sauger occurance within its existing home range varies due to their highly migratory nature. Saugers are more often found in rivers whereas walleyes are likely to be found in lakes. Hybridization between saugers and walleyes is not uncommon.