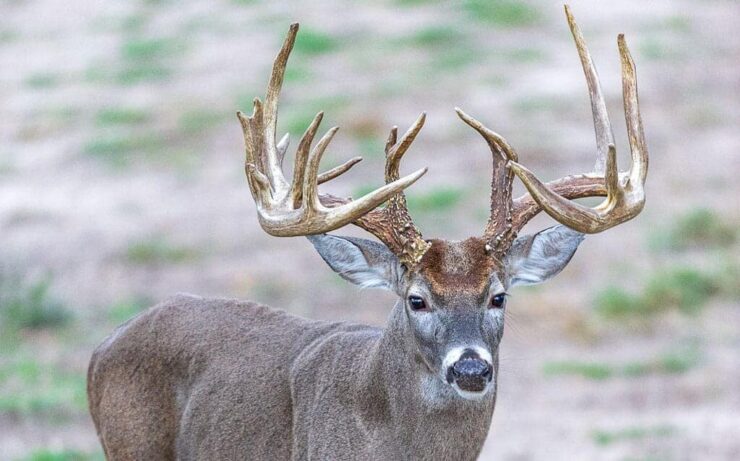 We have all seen it on television. We have all read about it in the hunting magazines. You have even tried it once or twice. But the question remains will it work for me? Can I really expect to blow on this deer call (deer grunt calls, whitetail deer calls), bang these antlers together and have a buck come running?

We have been trained to believe that if it sounds to good to be true then it probably is! After all the bucks where suppose to come running to the magic scent of a doe in heat, right! It was suppose to be so effective the sellers told us that we weren’t suppose to put it on until we were safely up a tree. So after all the hoopla over all these other “silver bullets” that turned out to be not so silver, how can we believe that this gimick is not just another fad?

I too was very sceptical about antler rattling at first. But I am not going to give you some story about how I was sceptical but after being run over by deer I am now a believer. Because I have not been overrun by bucks coming to my horn rattling. This magic bullet isn’t magic. BUT it can work. The key word being can.

Through this article hopefully I will be able to shed some light on the subject. I want to show you exactly what antler rattling can do and what it can’t. What are rattlings advantages and its limitations. Hopefully after reading the following you will be able to see it for what it truely is and be able to use it as a tool, not a magic wand, to help you in the field.

Why It Will Work

Rattling in bucks works on the principal that apon hearing you rattling any buck hearing the fight will make the following assumption. Two bucks are fighting, possibly over a doe that is ready to breed. What buck wouldn’t come running to that situation?

So, if you can simulate realistically enough to fool a buck into believing what its ears are telling it then there is a good chance that it will come to investigate and offer a shot. Different bucks may come to rattling for different reasons, but antler rattling has something to offer deer of all ages. Mature bucks may come in with the mindset to whip the bucks that are in his territory trying to breed a doe that rightfully should be his.

Or maybe an inmature buck will come to try to sneak away with the doe while the two fighting bucks are too distracted to notice. During the rut, as all seasoned hunters know, bucks loose a good bit of caution. They just seem to do stupid things that they might not normally do.

Whatever the reason and there are more than a couple, there are good reasons to believe that rattling in a deer should be a good method to use to harvest your next buck. So rattling has something to offer all size(age) bucks and the rut is one of the urges that deer have a hard time controlling. These two factors are what make rattling so effective. Its why you see it on outdoor shows so often.

Why It Will Not Work

After what I have just written you might believe that I am rattling all year. Calling in bucks year round. I wish that where the case. But there is a flip side to antler rattling that you rarely hear more than a comment or two about on the outdoor shows. Just like there are reasons that it will work, there are numerous reasons as to why it will not work as well. In fact there are more reasons that it won’t work. Here are a few.

First, the most obvious reason. It’s not the rut. Rattling for deer should only be done during and around the rut. It will not be very productive to rattle if the bucks aren’t interested in the does. So you need to pay attention in the field and learn when the rut usually occurs in your area. Because if its not the right time of year the deer will likely move away from the sound instead of towards it.

Secondly a buck that is already with a doe is not likely to leave her to come to you. In fact I don’t know if whitetails would do this but elk certainly do. When a bull elk hears another bull elk bugle, he will often take his herd and move them in the other direction. I can imagine a whitetail buck wanting the doe he is with to move away from any rival bucks also.

Another thing to keep in mind is that when you see those trophy bucks on television they are hunting on game ranches where the buck to doe ratio is much closer to 1:1 than on most land public or private. Also the age structure is much better than where you or I hunt. These factors make antler rattling on game ranches much more effective than on other lands.

When the buck to doe ratio is near even this means that there are almost as many bucks as does. This has the effect of raising the competition for the does to a much higher level. Less does per buck means a lower chance that any particular buck will get to breed any particular doe. This will make the bucks desperate to find a doe to breed. Apon hearing a fight they will be many times more likely to come running than under conditions that most of us hunt under.

Yet another reason why a buck might not come in is he may already be educated. With everybody and his brother attempting this method there is a fair chance that some of the bucks will have been fooled once, yet escaped with the lives due to the hunter messing things up. I am of the conviction that most bucks that are rattled in by everyday folks like you and me live through the experience. I come to this conclusion due to the following facts. Most people I know have tried rattling at some time, yet few have ever had it work. Since I know that it works I believe that most of these hunters are not strong believers in rattling.

This leads them to discontinue their hunt early with the result being a spooked buck that they never even knew was there. Remember bucks aren’t likely to come straight to the sound of the rattling on a dead run. They will most likely sneak in. Often trying to circle down wind. So if they catch the hunters scent before the hunter sees the buck or if they see the hunter get up and leave then it is quite likely the next time that buck hears rattling he will be even more cautious than he was before.

Strange as it may sound, maybe the deer just didn’t recognize the sound as deer sounds. I once had a buck come to the sound of my climbing stand. He misinterpetted what he heard. I have seen the likes of squirrels, armadillos, wind, and tree branches falling scare deer into full flight. They misinterpetted what they heard. This could be rare but it wouldn’t suprise me if it was one of the most common reasons a deer refuses to respond positively to rattling.

Another reason that a buck might not come to your antler rattling is fear of getting whipped. Suppose a 6 point was trailing a hot doe. Then he runs across a similiar sized 8 point. A fight starts, with the 8 point whipping the 6 point. Now if the fight was not too lopsided it is likely that the 6 point is very very tired and is likely to also be bloodied up. Small cuts on the neck or a bloody mouth do occur quite often when two equally matched bucks go at it. So if soon after this butt whipping that same 6 point hears two bucks fighting he might not want to investigate. He might just turn tail and run in the other direction.

Have you heard the old adage that a deer might not believe his eyes, and he might not believe his ears but he will always believe his nose. This applies here as well. A deer relies on its nose more than we as humans with very poor smell could even imagine. since they rely on their nose so much they will often approach a fight from down wind to confirm with their nose what they hear with their ears. This often leads to the hunter looking into the wind (as he has been trained to do), while the deer approaches from downwind and leaves the area without ever being detected.

So there you have it. The whys and why nots of why rattling will and will not work. Now its up to you to put this information to work. No, antler rattling is not a hunting method that calls in deer so easily that it should be banned. And its not something that only works in Texas. The truth lies somewhere in the middle. Why do I use this method? For a number of reasons.

Change of pace, because I can’t stand the thought of a big ole buck bedding down 100 yards from my stand and all I need to do is do a little calling to get him to come my way, and because it is addictive. Theres nothing like having a deer come looking for you.