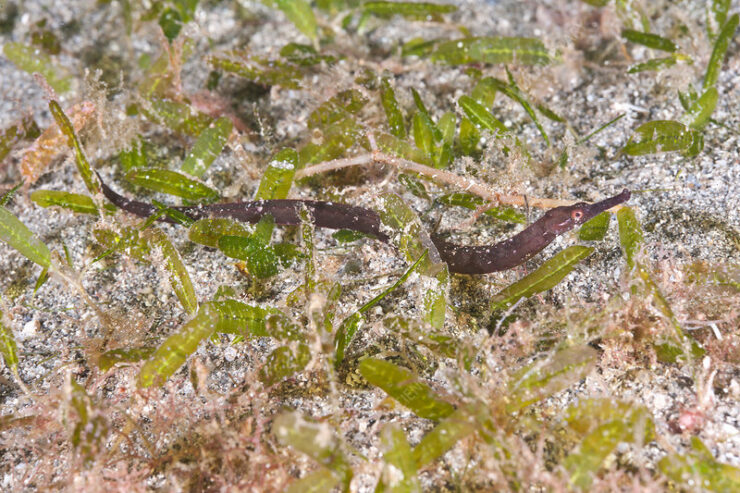 Opossum pipefish – Microphis branchyurus broods eggs on its trunk which is rather unique among pipefish and also unique is that the brooding male opossum pipefish do so in freshwater enviroments. They are most often found on the east coast of Florida.

Opossum pipefish reach lengths of about 7 to 8 inches long and can have a bright red lower jaw help with identification.

The opossum pipefish was once found along the Atlantic as well as the Northern Gulf of Mexico. Never widespread or abundant and only in specific habitats. Today they appear to be extinct from the Gulf of Mexico and less abundant in the Atlantic. Loss of habitat is the number one reason for it drop in numbers. Habitat loss is mainly due to development of its habitat for human needs which sometimes destroy the weedbed habitats in which they live and also the destroying or blocking of access to freshwater habitats they need for breeding.