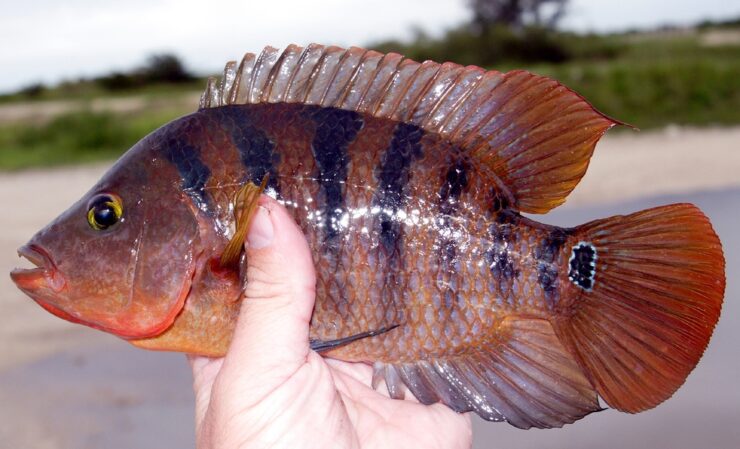 The Mayan cichlid is native to some Central American waters of southeastern Mexico, Belize, Guatemala, Honduras, and Nicaragua. The mayan cichlid is not native to Florida, where this one was caught, but have established themselves in Southern portions of Florida.

The background color is light brown or beige towards the belly. Some pink especially around the throat is often present, especially in breeding males. They have five to seven wide, green-black bars. There is also a big black spot with a halo on the base of the tail fin.