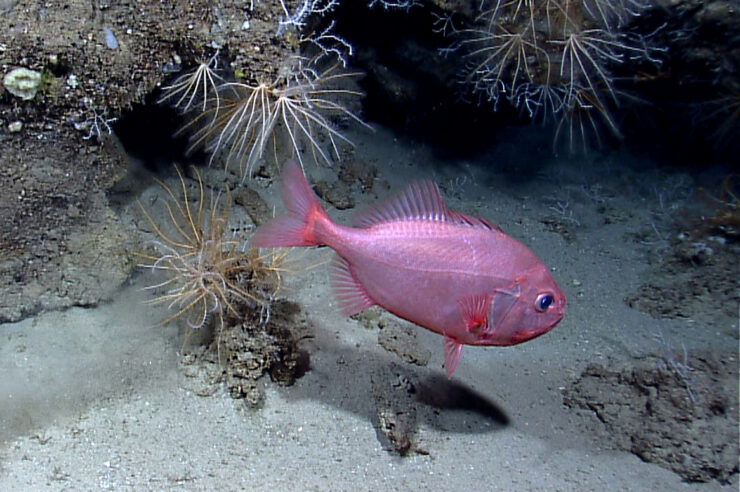 This Darwin’s Slimehead – Gephyroberyx darwinii was caught off the coast of Virginia. Slimeheads are also known as roughies are fairly small but exceptionally long-lived fish species that live in the deep-sea. Roughies can be found in temperate to tropical waters of the Atlantic, Indian, and Pacific Oceans.

Darwin’s slimehead are the highly sought after commercial fish in the waters near Australia. Due to their slow rate of reproduction compared to most fish species slimheads are subject to becoming overfished. So although locally they may be overfished the species is in no danger of extinction due to their wide range and some population just aren’t commercially accessable. Darwin’s slimeheads are used for their oil and made into fishmeal although the orange roughy is commercially important for its fillets.