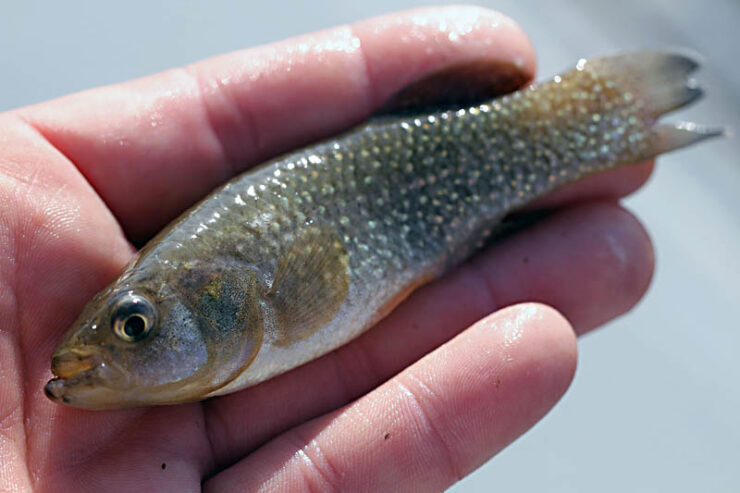 Cocahoe minnows go by a number of different names. In Louisiana they are known as cocahoes, in Florida they go by bull minnow or mud minnow, in text books they are often referred to as gulf killifish. Regardless of the name the cocahoe minnow is an excellent baitfish. They are large and hardy and speckled trout fisherman use them extensively in Louisiana.

Pictured here is a larger than usual sized cocahoe.

Cocahoe minnows thrive in brackish water but can live in both salt or fresh water enviroments. Fisherman buy cocohoes at bait shops or catch their own with dipnets or thrownets. Like most minnows cocahoes tend to stay in shallow water near the edge where the vegetation is thickest.

Cocahoe minnows range from northeastern Florida southward and westward into much of the Gulf of Mexico including Cuba.

Unlike most fish female cocahoe minnows don’t produce thousands of eggs when spawning. A typical female produces only ten to twenty eggs per spawn! Fortunately cocahoes spawns multiple times during the spawning season.