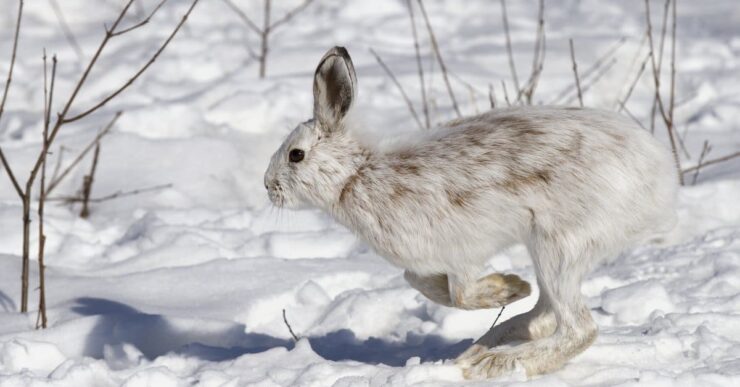 The Snowshoe Hare (Lepus americanus) is a species of hare found only North America. It gets it name from its very large back feet which give the appearance that the hare is walking with snowshoes. While it certainly isn’t wearing snowshoes it feet do however serve that exact same function, preventing the hare from sinking … Read more