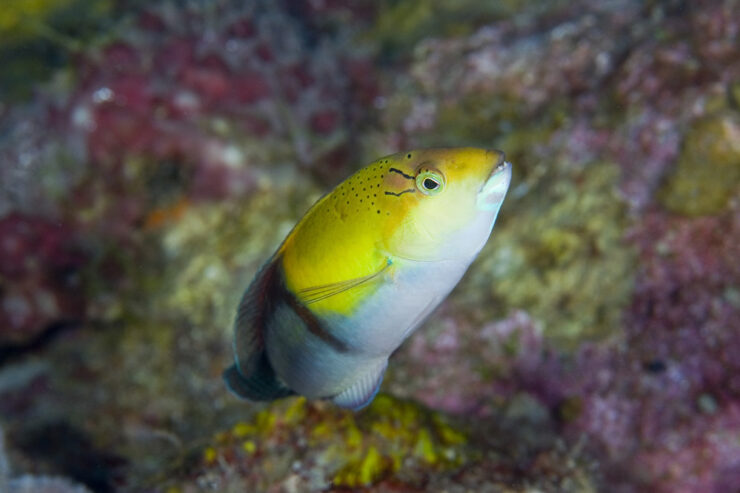 The Yellowhead Wrasse lives in the Western Atlantic from Bermuda and southern Florida, south to Brazil. They can be found on both shallow water and deep water reefs as well as rocky ledges. They feed on invertebrates and sometimes smaller fish. The yellowhead wrasse begins its life cycle as a female and as the animal … Read more