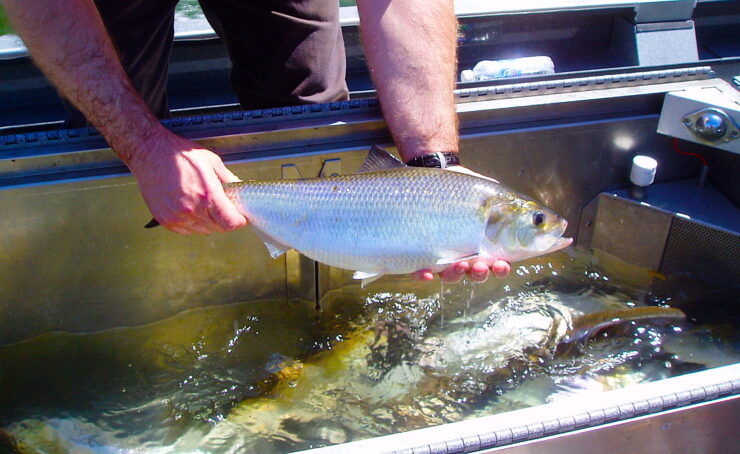 The American shad (Alosa sapidissima) range along the Atlantic coast, from Florida to Canada. Here is an unsual trait. American Shad that spawn in rivers south of Cape Hatteras, North Carolina die after spawning but those that spawn north of there often survive to spawn multiple times. American Shad in the past were very abundand … Read more