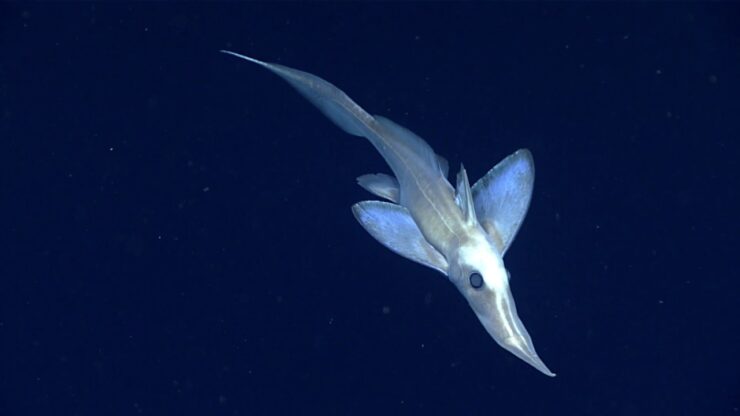 Longnose Chimaeras – Rhinochimaeridae are a deep sea family of fish with six species within it. The long snout is used to detect prey.