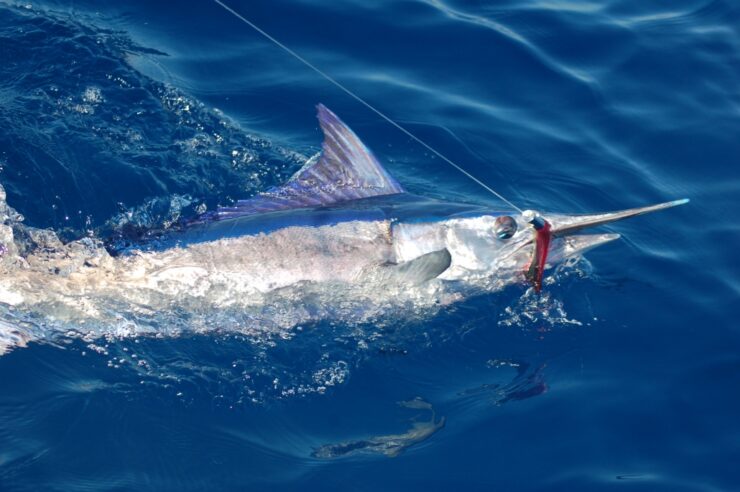 Longbill Spearfish are similiar to other billfish but can be readily identified by the fin that is similar to that of a marlin but is much higher throughout its length. That coupled with a long bill differentiates it from all of the marlins and the shortbill spearfish.

Longbill Spearfish are found in offshore waters. They reach weights of 70 pounds max (Hawaii). This one came from the Atlantic ocean where the record weights are maxed at 61 pounds. So this fish would have if certified would certainly been in contention, it was caught near Bermuda. No weight was obtained unfortunately.

Longbill spearfish are shortlived bill fish that feed in offshore waters near the surface where they dine on small fish and squid. To the right is a longbill spearfish of a more typical size.